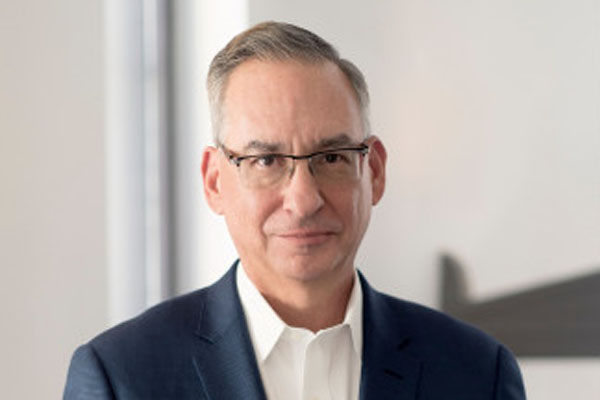 The Menard Family George Washington Forum will host a Constitution Day lecture — “Do We Have a Democracy or a Republic, and Why Does it Matter?” — on Thursday, Sept. 15, at 7:30 p.m. in Galbreath Chapel on College Green.

The speaker, Randy E. Barnett, is the Carmack Waterhouse Professor of Legal Theory at the Georgetown University Law Center, where he teaches constitutional law and contracts, and director of the Georgetown Center for the Constitution.

After graduating from Northwestern University and Harvard Law School, Barnett tried many felony cases as a prosecutor in the Cook County States’ Attorney’s Office in Chicago. The author of 12 books and more than a hundred articles, Barnett most recently authored The Original Meaning of the Fourteenth Amendment: Its Letter and Spirit (2021) with Evan Bernick. In 2004, he argued the medical marijuana case of Gonzalez v. Raich before the U.S. Supreme Court. In 2012, he was one of the lawyers representing the National Federation of Independent Business in its constitutional challenge to the Affordable Care Act.

The 14th Amendment was adopted in 1868 during Reconstruction after the Civil War and is often referred to as the “equal protection” amendment. Brown v. Board of Education and Roe v. Wade are two of the well-known cases that involved the 14th Amendment.

In their book, Barnett and Bernick argue that while the 14th Amendment “profoundly changed the Constitution, giving the federal judiciary and Congress new powers to protect the fundamental rights of individuals from being violated by the states…. the Supreme Court has long misunderstood or ignored the original meaning of the amendment’s key clauses, covering the privileges and immunities of citizenship, due process of law, and the equal protection of the laws,” according to the book’s Harvard University Press webpage.

“Barnett and Bernick contend that the Fourteenth Amendment was the culmination of decades of debates about the meaning of the antebellum Constitution. Antislavery advocates advanced arguments informed by natural rights, the Declaration of Independence, and the common law. They also utilized what is today called public-meaning originalism. Although their arguments lost in the courts, the Republican Party was formed to advance an antislavery political agenda, eventually bringing about abolition. Then, when abolition alone proved insufficient to thwart Southern repression and provide for civil equality, the Fourteenth Amendment was enacted. It went beyond abolition to enshrine in the Constitution the concept of Republican citizenship and granted Congress power to protect fundamental rights and ensure equality before the law. Finally, Congress used its powers to pass Reconstruction-era civil rights laws that tell us much about the original scope of the amendment,” according to the website.

All are welcome to attend. This lecture is made possible by a gift from the Muck Family Foundation and from the Jack Miller Center for Teaching America’s Founding Principles and History.